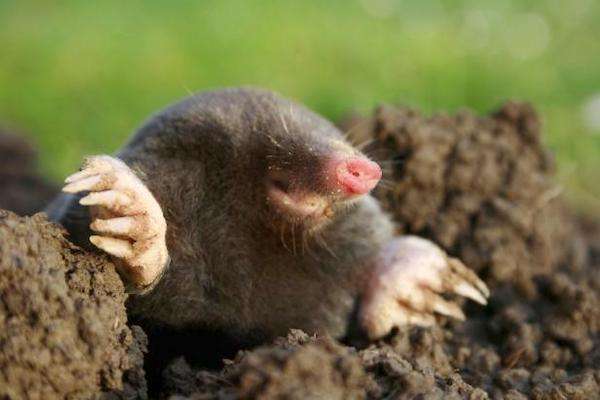 Moles are small mammals that live in your yard. Moles are often confused with other animals, so it can be hard to identify them without the proper knowledge and experience. Moles have a variety of different behavior and characteristics that make them easy to identify once you know what you’re looking for. In this blog post, we will cover all the signs of moles in your yard.

What are the common signs of moles in yards?

Moles are a common problem for many people. There is no one universal sign that moles have been in your yard, but there are a few signs to look out for. If you notice any of the following, they’ve likely been around:

Though not always visible, if you see lots of wildlife such as rabbits and squirrels running about your yard, it’s a possible sign of moles. Moles are naturally attracted to areas with tall grass and other vegetation because they have no natural predators there (like foxes or coyotes).

What Attracts Moles To Your Yard?

Moles are rodents who enjoy tunneling under your lawn and making tunnels. They eat the earthworms, grubs, and other bugs in your garden. Moles don’t harm anything but their underground tunnels can cause damage to plants by pulling up roots or pushing them into the air. When they’re on the surface, you’ll see small mounds of dirt around your yard where they’ve been digging for food or looking for a mate. Most of the time if you’re seeing moles, that means your yard is perfect for what moles like to eat.

Regularly check your yard for molehills and then fill them in with dirt or rocks to discourage the moles from making new ones. Moles will also avoid areas where sound is present since their hearing is much more sensitive than ours. Block off possible entry points into your garden by drilling pipes filled with water, wrapping any nearby wires tightly around metal stakes, or filling up tunnels with soil as they’re dug under your lawn.

How Do You Remove Moles From Your Yard?

There are many ways that you can get rid of moles from your yard without using chemicals such as pesticides which could be harmful to people and animals who come in contact with it.

This is especially so after rainwater has washed it down into the ground near waterways or septic systems.

Here are five of the most popular methods to get rid of moles in your yard:

Gasser:The number one way to get rid of moles in your yard is to use a gasser. These little firework like products are lit and then inserted into mole holes, it produces a gas that will kill any burrowing animal such as moles, voles, gophers, and others.

Get Rid Of Moles With A Gasser!

Moth Balls: Moles will avoid areas where there is a strong smell. One way to do this is by placing mothballs around your yard, especially in places that are frequented by moles such as molehills and tracks. Keep away from children or pets since it can be toxic if ingested.

Mousetraps: Place traps at various locations throughout your lawn so you don’t miss any moles when they come out during the daytime (moles usually stay underground during the night). Make sure the trap has something enticing for them to eat on top (like peanut butter coated bread crumbs or bacon pieces).

You can also set this up with bait trigger mechanisms and then, all that’s left is to wait patiently until one gets caught.

– Planting plants: Having strong odors coming from plants like garlic around your garden area will deter the mole’s sensitive nose and help keep them away.

If you want an easier solution, you can also consider using a pellet gun to catch the animal.

Finally, you can also put out poison in areas where they are most active in your garden but beware that these poisons should not be placed near shrubs, trees, or other plants because it is harmful and will kill them too.

In addition to the above points, take note of any mounds on your property; these might mean that there are more nearby tunnels under your yard since moles cause or find holes or tunnels in your yard.

If you’ve tried all of the methods described above, there are other ways of getting rid of moles – when you get a bit creative. You can try using water from a hose to flood any exposed tunnel entrances – they won’t be able to make their way out again because the soil will collapse behind them as it dries up.

What problems do moles cause in your yard?

If you are like most people, your yard is a place of peace and serenity. Your garden is a place where you can go to relax and unwind. Moles pose an issue in this scenario because they cause damage to your plants and make it hard for them to grow. Moles are territorial animals and will defend their territory against any intruding creature, including humans.

Moles in your yard can cause many problems for you, such as:

– Shallow tunneling that damages plants under the surface of the ground.

– Tunnels can cause damage to irrigation systems, cables, and pipes.

– Moles create hills in your yard which then turn into holes when they have pushed aside from their tunneling activities.

These moles then make the surface of your garden uneven to look at!

Take note of any molehills on your property – check if there’s one within 100 yards from water pipes, cabling, and irrigation systems – this will also help to prevent future damage since moles cause significant problems when they burrow through soil.

Molehills may also mean that there is an underground network of tunnels beneath your property which could lead you into trouble when digging, so if this happens, call someone who knows how to get rid of them safely.

Final Thoughts On Moles In Your Yard:

Moles are not typically aggressive animals but they may attack if you corner or disturb them. Moles like moist soil and will often live close by water pipes, cabling, and irrigation systems where the ground is soft.

You may want to get someone who knows how to remove the animals safely without endangering themselves.

This might be the best way overall to get rid of moles from your property.

ThePestInformer may receive commissions when you click a link to a 3rd party produce and make a purchase. That being said, this does not impact how we review products and their effectiveness. We try our best to keep things unbiased and will only provide you with honest reviews.